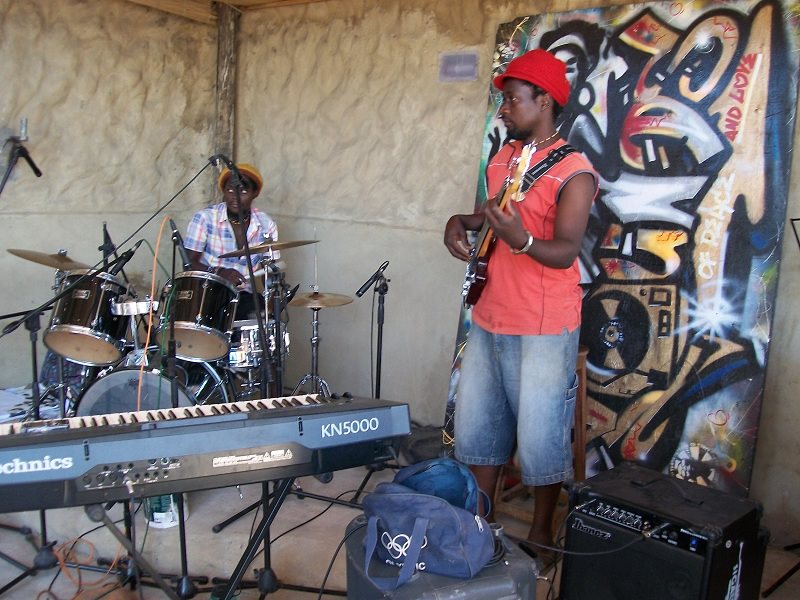 With musical influences spanning across the continent - from a new take on marrabenta to Senegalese mbalakh and Nigerian afro-beat, and even samba, with some smooth sounding jazz thrown in the mix, Sigauque Project is a pan-African musical journey on the Mozambique stage. With two singers and a full horn section, backed by throbbing bass and rhythmic percussion, the show is not to be missed. Most Sigauque Project songs were originally created and recorded by CMFD Productions as part of media for social change projects.

While other musicians lean more and more towards fewer instruments and more techno beats, this band’s two singers, full horn section, throbbing bass, and rhythmic percussion creates an attention grabbing wall of fresh sounds. Listen closely, and you’ll hear that in addition to the local Portuguese, Changaan, and Sena lyrics, the vocalists sing in English, French, Swahili, and Zulu.

The band is the creation of Canadian-born Daniel Walter, a radio producer and musician who heads up a media company specialising in communication for social change, CMFD (Community Media for Development) Productions. What most of the audience probably don’t realise is that most of the tunes played by Sigauque Project were originally created and recorded by CMFD Productions as part of music and radio projects broadcast across Africa – this music has a message.

The history of Sigauque Project 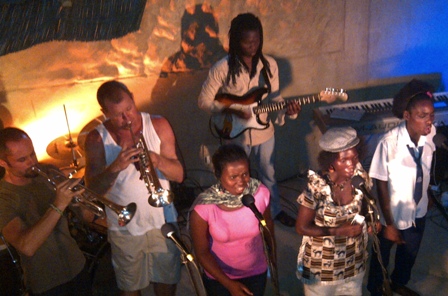 Other songs were produced as theme music for serial radio dramas broadcast across the continent. Crossroads (Kenya), Caminhos Cruzados (Mozambique written by Eyophuro), and Les Pistes Croisées (Senegal) are regional variations to theme music for Crossroads, the story an old, corrupt police chief and a market women who switch bodies, for a hilarious insight into gender and women's rights in Africa. Bravos do Zambeze, the theme music for a radio drama of the same name, calls attention to the need to be prepared for Mozambique's annual floods and other natural disasters.

Special thanks to the organisation who have helped support the production of different songs over the years: International Organization for Migration, Global Fund for Women, Fahamu & FEMNET, MMINO.